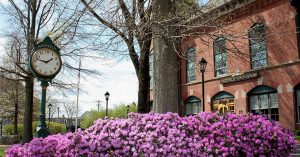 Medfield is a town in Norfolk County, Massachusetts, United States. The population is 12,024 according to the 2010 Census. It is an affluent community, about 17 miles southwest of Boston, Massachusetts, which is a 40-minute drive to Boston's financial district. Attractions include the Hinkley Pond and the Peak House.

Here are current MLS listings in the Medfield, MA area:

Save favorite listings, searches, and get the latest alerts

Save your favorite listings, searches, and receive the latest listing alerts