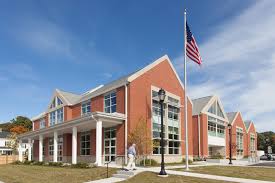 Westwood is a town in Norfolk County, Massachusetts, United States. The population was 14,618 at the 2010 census. In July 2005, CNN/Money and Money magazine ranked Westwood 13th on its list of the 100 Best Places to Live in the United States. Boston Magazine included Gay Street in Westwood on its list of the Best Streets in the Boston area. It is the 9th wealthiest town in the state of Massachusetts.

Westwood High School was recently constructed at a cost of $45M, and the old school, built in 1957, was demolished. The gymnasium and swimming facility from the old school were refurbished and are now part of the new high school campus. The school facilities also include a new multi-use artificial turf field (named after former Westwood High School principal and teacher Charles Flahive) with a synthetic track, both of which are open to the public.

Here are current MLS listings in the Westwood, MA area: